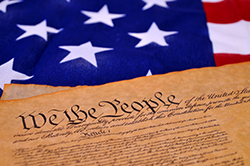 A hearing before the elected members of the Board of Equalization is the final step in the California Administrative Appeals Process.  The Board Members, in their quasi-judicial role, hear oral arguments and consider evidence presented by the taxpayer (petitioner) and Department (respondent), prior to issuing a decision on the matter.  The Members are supposed to act as unbiased adjudicators for both parties, but the practice of permitting the Department and/or Appeals to unilaterally remove cases from the hearing calendar without providing a meaningful reason (if any at all), and not requiring the Department or Appeals to resolve or reschedule the matter within any particular timeframe, calls into question the impartiality of the system.  A taxpayer is not permitted to remove a case from the hearing calendar indefinitely without providing a reason, so why should the other party to the dispute (Department and/or Appeals) be permitted to do so?  Further, it’s nerve-racking for taxpayers to have cases removed from the hearing calendar without being provided with the reason for the removal or a timeframe for its resolution or rescheduling.

Solution to the Problem:

Fortunately the Members of the Board agreed that the issue should be addressed and we’re actively working with Todd C. Gilman, Chief of the California Taxpayers’ Rights Advocate Office, to establish guidelines for the Department and Appeals to follow.  At a minimum, taxpayers will now be provided with an explanation of why their case was removed from the hearing calendar.  In addition, the Department and/or Appeals will be expected to adhere to an established timetable so the case can be placed back on the board hearing calendar in a timely manner.  We’ll provide an update with a summary of the final policy and procedures that are put into place in this regard.

When a taxpayer receives a disputed Notice of Determination (bill) from the Board of Equalization, it must file a Petition for Redetermination within 30 days of the date of the Notice or the billing goes final and becomes subject to active collection action.  If that occurs, a taxpayer has two alternatives: 1) file an Administrative Protest (aka Late Protest), or 2) Pay the tax liability and file a claim for refund.  Unfortunately the latter option isn’t viable for many small to mid-sized businesses when the asserted liability is large.  Thus, an Administrative Protest is the only feasible option in many cases.  Our firm has filed dozens of Administrative Protests, and while some are accepted into the appeals process, others inexplicably are not.  At least one concern we have is that the denials are often made without any known rationale, and there is currently no formal policy in place to contest a denial.  We have seen denials issued for cases that clearly should have been accepted, and while many of those cases were ultimately resolved by our firm, it required significant (unnecessary) effort just to have the case accepted for review.  In an effort to reduce the number of denials for cases that should be accepted, we proposed that policy be established to permit a secondary review of these denials.

Solution to the Problem:

The Board Members were also receptive to our concerns regarding Administrative Protest denials, and the Department has agreed to have a secondary review performed by the Deputy Director.  While we continue to have some concerns regarding the transparency in the process, the new policy represents another step in the right direction to help make certain taxpayers are treated fairly.

McClellan Davis, LLC and its predecessor firm have successfully represented thousands of businesses before the California State Board of Equalization, and continue to actively pursue positive changes in tax laws, policies and procedures on behalf of California Businesses.