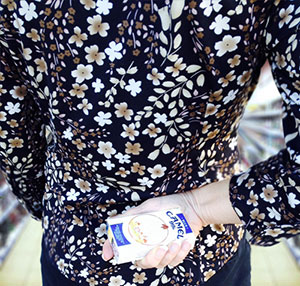 Tobacco products that are “lost through theft” are currently deemed to have been distributed and are thereby taxable.

McClellan Davis is working in conjunction with staff from Board Member Diane Harkey’s office to address concerns with the Tax Policy Division regarding proposed language in regulation 4001, Retail Stock.  To date McClellan Davis representatives have attended two in-person “interested parties” meetings and submitted a written brief regarding our concerns with the proposed regulation.  In general, the goal of our efforts is to introduce an additional safeguard to the regulation that will assist taxpayers in the event of an audit.

The regulation as originally proposed by the Board of Equalization staff explicitly states that tobacco products that are “lost through theft” are deemed to have been distributed and thereby taxable.  It is our position that inventory that has been stolen has not actually been distributed and as a result the tax should not apply.  Our position is supported by Revenue and Taxation Code section 30109, which states “Unless the contrary is established, it shall be presumed that all … tobacco products … have been distributed”.

In the context of an audit, the audit staff will generally seek to establish all of the purchases made by a distributor of tobacco products, account for changes in inventory levels, and subsequently calculate the amount of tobacco products that are presumed to have been distributed.  While the audit staff will generally make allowances for destruction of inventory that was a result of fires, floods, or other natural disasters, no such allowance exists for taxpayers who have been victims of theft, even when such an event can be documented by police reports, insurance claims or other relevant documentation.  The audit staff generally will assert that because the tobacco products had been placed into “retail stock” that the distribution had already occurred, regardless of whether or not the tobacco products were actually “distributed”.  The audit staff treats these occurrences in this manner in order to prevent fraudulent reporting of theft by tobacco product distributors in an effort to evade their tax liability.  However, in doing so, the consequence is that taxpayers who make every effort to report and pay taxes legitimately become marginalized and taxes are unfairly imposed.

Our hope in partnering with Board Member Harkey’s office is to include language within the pertinent regulation that will provide relief for taxpayers who have been the victims of theft.  Our belief is that the changes we have proposed to the regulation will promote more equitable audit outcomes, and will also contribute to a more practical and fair administration of the law.