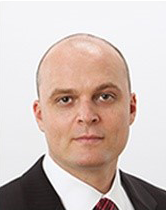 Jesse McClellan, Esq., Principal, obtained a 4-1 vote in favor of our client at the December 16, 2015 Board Hearing.  The case involved a 2007 audit of a popular Santa Barbara restaurant and nightclub, with the total liability exceeding $1.4 million.

The primary issue addressed at the Board Hearing was the assessment of a 25 percent fraud penalty, which expanded the audit period by an additional 5 years.  Jesse successfully argued that the Sales and Use Tax Department failed to carry its burden to prove fraud by clear and convincing evidence, and that the facts it asserted in support of its claim were inaccurate and unsupported.

The case was somewhat unusual because the Sales and Use Tax Department initially concluded that there was no evidence to support that the errors in reporting resulted from intent to evade.  That conclusion was clearly documented in the audit file and it was supported (in writing) by the auditor and two supervisors.  The District Principal Auditor who had limited involvement in the case, however, directed the auditor to add a fraud penalty during the review process.  Because the penalty expanded the statute of limitations, it resulted in an increase of over $1 million to the final liability.  After a lengthy dispute with the Appeals Division, the penalty was upheld, which led to a hearing before the five elected Members of The Board of Equalization.  The Board Members expressed serious concerns with how the staff handled the case, and voted 4-1 in favor of the taxpayer.   The State Controller, Betty Yee, who acts as the fifth member, was the only member to vote against the taxpayer.

“After fighting with the Board on behalf of our client for eight years, the correct conclusion was finally reached.  Our client did not intentionally evade the tax, and the audit staff failed to support its claims to the contrary with clear and convincing evidence. I’m very happy that we were able to resolve this significant and undue burden on our client’s behalf.” – Jesse McClellan, Esq.

McClellan Davis has a staff with extensive California Department of Tax and Fee Administration (CDTFA), formally the Board of Equalization, experience. We routinely provide sales tax advice regarding anticipated transactions that may have tax consequences. We also represent taxpayers who need assistance appealing assessments, and filing claims for refund. We also offer managed audits and an initial free consultation to advise you of your options. You can set up an appointment by emailing us at taxhelp@salestaxhelp.com or calling toll free at 855 995-6789.