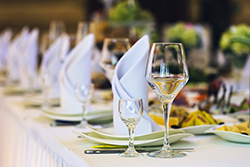 The Board of Equalization (BOE) often selects bars for sales and use tax audits. The fact that bars can deal with a significant amount of cash, and can often times have more relaxed financial controls than other types of businesses, make them an ideal target in the eyes of the BOE. In the audit of a bar, an auditor will generally examine the business’ sales records and then seek to verify the recorded amounts with a markup analysis. The markup analysis contains intricate computations and the auditor’s inability to identify certain intricacies can lead to erroneous conclusions that appear to support a tax liability that does not really exist. These computational errors are often compounded by inexperienced auditors who are not capable of identifying their own errors or explaining the basis of their computation.

The general basis for a markup analysis is to examine the alcohol purchases of a bar and then extrapolate the sales totals using the selling prices of individual drinks. For example, if a bar purchases 12 bottles of beer for $10 and sells each beer for $4, the auditor presumes that $48 ($4 x 12 bottles) in sales have been made, or put another way, that the bar has sales of $4.80 for every $1 in purchases ($48 in sales/$10 in purchases). The auditor will then take the cost of goods sold from the income tax return and multiply it by the ratio of sales per cost to compute the bar sales for a given year. If the sales established by this method exceed the sales reported by the business, the auditor will assume that the sales reported to the BOE are understated and he/she will seek to assess a liability related to this purported understatement. The Board of Equalization has fairly broad discretion in the audit methods that it is permitted to use. The use of a markup method has been upheld in at least two prior court cases (Riley B’s Inc. v. State Board of Equalization (1976) 61 Cal.App.3d 610, 615-616 and Maganini v. Quinn (1950) 99 Cal.App.2d 1). In both cases, the court upheld the asserted liabilities, despite conflicting business records, because the court found that a properly performed markup analysis is considered to be a generally accepted audit procedure. Riley and Maganini teach us that you must demonstrate the specific flaws that exist in a markup audit in order to obtain adjustments to an asserted liability. Simply arguing that the business records support the reported figures will get you nowhere with the BOE.

There are two technical components of a markup calculation that are most likely to contain computational errors. The first component, referred to as a purchase segregation, is when the auditor examines purchase invoices for a short period of time, generally a month, and determines which percentage of total purchases pertain to each category of alcohol, for example, draft beer, bottled beer, well liquor, call liquor, and premium liquor. The purchase segregation is necessary because the cost of goods sold for a bar are mixed and the different product categories each carry a different reflective markup. Some of the common errors in a purchase segregation include: a failure to identify the proper category for certain types of liquor, a failure to account for supply and mixer purchases, and an inability to identify purchases that are not common or unrepresentative- such as a large purchase of one type of liquor.

The second component of the markup calculation, referred to as a shelf test, is where the selling price of an individual drink is compared to the individual cost of the drink to establish the markup for each particular drink/category. The common errors within the shelf test include the auditor failing to identify the correct selling price for specific products, failing to properly account for sales made at happy hour, and failing to properly identify how many drinks can be served from a particular bottle of liquor (750ml vs. 1000ml). Each individual mistake may not have a significant impact on the outcome of the audit computation, but generally the combination of multiple mistakes leads to large overstatements in the computation of taxable sales.

The audit process can be a frustrating and discouraging process for any business owner. The complexity of the markup methodology compounded with an inexperienced auditor can often exaggerate these feelings. Oftentimes bar owners are frustrated and forced to begrudgingly accept the liabilities asserted by auditors because they do not understand the computations used within the audit itself. By enlisting the help of qualified professionals, bar owners can significantly reduce asserted audit liabilities and ensure they are not paying more tax than what is actually owed.