Former Board of Equalization Appeals Attorney, Lucian Khan,
provides a unique perspective on cases which could have avoided the appeals process.

It’s always best to resolve tax cases at the lowest possible level in order to avoid unnecessary time and expense.  This article discusses cases that could have been resolved prior to the appeals process, if they were handled properly.  By understanding the oversights that occurred in the presented cases, it may help you or your client avoid similar oversights.

Prior to my association with McClellan Davis LLC, I worked as an attorney for the California Board of Equalization’s Legal Department.  I worked in the Appeals Division for 17 years where I authored over 700 decisions, and reviewed over 5000 decisions.  I also worked in the Settlement Division for five years, and settled numerous cases.  Although the focus is somewhat different in each division, my objective in each capacity was to resolve tax disputes.

Eventually, virtually every tax appeal gets resolved at some level, but the appeals and/or settlement process can be time consuming and expensive. During my years as an appeals and settlement attorney at the Board of Equalization, I encountered numerous cases that could have been resolved early in the audit process which would have saved a lot of time, frustration, and money.  Following are a few examples. 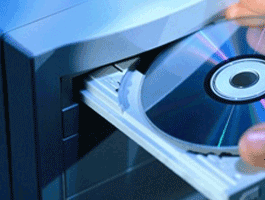 I worked a case involving a sale of software for $9 million.  The auditor and taxpayer could not agree on whether there was sufficient evidence to prove that the transfer was nontaxable because it was custom software, or sent electronically.  While reviewing a copy of the software agreement (which was conspicuously included in the audit), I noted that it contained a provision explaining that the software was being transferred for the purpose of making and selling copies, which would make the transfer (even in physical form) nontaxable, under California Code of Regulations, title 18, section 1502, subdivision (f)(1)(B).[1]  Neither the auditor nor taxpayer made any mention of the contract provision.  Had this issue been properly addressed during the audit, the liability would have never been billed, and a lot of time and money would have been saved.

Another case involved two related international corporations that had inter-company leases.  Both corporations reported and paid tax on the inter-company leases, at a lease rate that covered all costs of producing the property, plus profit.  The auditor concluded that the leases were invalid because they were not in writing, and the lease rates were below market.  Tax was assessed on additional lease receipts of $32 million.  I concluded that the additional tax was not due because Regulation 1660 (which addresses leases) does not require a lease to be in writing, and the Board’s legal staff has previously accepted as valid leases at below market rates between related companies, provided that the lease rate includes the wholesale cost of the property, plus ordinary and necessary business expenses, from the transaction.  Here, if the taxpayer’s representative had properly researched and presented the rules to the audit staff, an appeal wouldn’t have been in order.  The audit staff is not always well versed in legal matters.

In settlement, I worked a case involving a company that manufactures and sells specialty windows for large construction projects, in high rise office buildings.  For each construction project the windows had to be specially designed.  This includes material costs and labor costs, for the design and fabrication of the windows.  The taxpayer reported and paid tax on an amount that covered the cost of materials and labor, plus profit.  The auditor noted that the taxpayer billed other charges that were not included in reported taxable sales, and assessed tax on the difference.  The auditor determined that the additional untaxed charges also related to the design and fabrication of the windows, and that the taxpayer simply misunderstood that the additional charges were taxable.

Before I received the case for settlement, the Appeals Division issued a decision concluding that the additional charges were taxable.  The Department also completed another audit for a later period, assessing tax on the same type of labor charges. 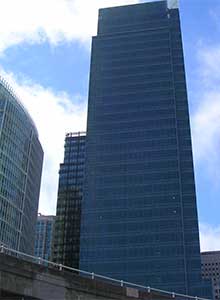 In reviewing the taxpayer’s invoices, I noted that the billing terms for the untaxed labor charges were not entirely clear, so I had a meeting with the taxpayer to determine exactly what the charges were for.  During the meeting with the taxpayer and its engineers, I was provided with a set of detailed engineering plans, and it was explained that the labor charges were for the preparation of the plans.  The plans indicated where and how the windows were to be installed, and had nothing to do with the design or fabrication of the windows.  Accordingly, I concluded that since the labor charges related solely to the preparation of the engineering plans, they qualified as nontaxable service charges, under Regulation 1506, subdivision (a).

It was also explained that the taxpayer’s engineers and in-house accountants did not adequately communicate with each other, so that during both audits, the accountants were unable to explain to the auditor what the untaxed charges actually represented.  It was this same lack of communication that later caused the Appeals Division to erroneously conclude that the labor charges were taxable.  While the legal conclusion was technically correct, the presented facts on which it was based were not.  In total, the nontaxable charges represented a reduction of tax and interest of over $500,000.  But for my recognition and resolution of the issue, the amount paid to resolve the matters would have been significant.

In each of these examples the correct result was eventually reached, but not before the taxpayers incurred a significant amount of additional time and expense that could have been avoided.  The reason these problems typically come up in the first place is because either the auditor does not ask enough questions to establish accurate facts, relying, instead, on presumptions (and the taxpayer isn’t aware of what facts are relevant), the auditor is unable to properly research the issue because it is considered too complicated (and there is not enough time to get an opinion from the Board’s legal staff), the auditor’s judgement is overridden by his or her supervisor, and/or the problem is overlooked during the audit review process.

Hiring a qualified specialist early in the audit stage likely could have resulted in these issues being resolved much sooner, and saved the additional costs of further appeal.  For the windows case in particular, the taxpayer could have saved the time and cost associated with an appeals conference (including the preparation of written submissions and responses) for the first audit, the expense of appealing the second audit, and also the cost related to the later settlement of both matters.  For any appeal, there is also the additional cost of interest that accrues on the unpaid balance of the tax, while the appeal is pending.

Even for assessments where there is little or no basis for adjustment, there still may be cost savings by resolving an appeal early in the process.  If a case is submitted to the Settlement Division first, a reduction could be offered as an inducement to settle (thereby avoiding the time and cost of presenting the case to the Appeals Division), and if the taxpayer has an inability to pay (which must be verified), the appeal can be submitted to the Offer in Compromise unit.

[1] All references to regulations are to California Code of Regulations, title 18, sales and use tax.

McClellan Davis® offers a full spectrum of sales and use tax services and an initial free consultation. You can set up an appointment by emailing taxhelp@salestaxhelp.com or calling toll free at (855) 995-6789. You can also reach Mr. Khan directly at lkhan@salestaxhelp.com or by calling (916) 872-3078.