Thinking of Purchasing an Aircraft…Read this First!

If you are one of the fortunate California residents that have the means and wherewithal to purchase your own private aircraft, you need to make sure and finish reading this article before you sign on the dotted line.

With tax rates at historic levels in California (over 10% in some jurisdictions) the amount of use tax owed on your new ‘bird’ may be a six-figure sum. Wouldn’t it be great if there was a way to legally avoid paying use tax on that transaction? Well in California, while the options to eliminate your tax burden have been significantly narrowed from previous years, an avenue to legally avoid use tax on these transactions is still available under certain, limited circumstances. 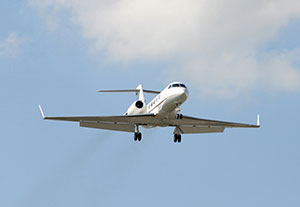 Next, for aircraft purchases occurring after September 30, 2008, the State of California employs what’s commonly referred to as a “12-month test” to determine whether the transaction is subject to California use tax or not. The 12-month test can be broadly defined in the simplest of terms as, “Did the aircraft enter the state of California during the first 12-months of ownership?” If the answer to that question is, “No” then chances are that use tax may not be due.

The problem with this simple analysis is it doesn’t take into account situations where the aircraft entered the state during the first 12-months of ownership, or situations where a legal entity registered outside of the state is purchasing the aircraft but some of its officers or members are legal residents of California. Also, in situations where the aircraft was purchased for use in interstate commerce, a different six month test applies. In addition, the state of California uses a very specific definition for what they consider to be the first functional use of an aircraft. Generally, it is defined as use of the aircraft for the purposes for which it was designed, but even that definition leaves plenty of room for error in its application which can lead to the transaction being subject to use tax if careful consideration is not given to the process.

While the 12-month test is generally too onerous for most people, what many don’t realize is that they qualify for the interstate commerce and/or common carrier exemptions. Under those exemptions, the aircraft or vessel can be used within California up to 50% of the time which typically doesn’t include the time it is stored (hangered/docked). I will be delving into these exemptions in subsequent articles.

At McClellan Davis, sales and use tax is all we do…and we are experts at helping taxpayers legally avoid use tax on their aircraft purchases. Our experience, credentials, and results are unparalleled in the industry and we have a 100% success rate in this regard. Whether you have purchased an aircraft in the past, or are considering purchasing one in the future, a no cost, no obligation call to McClellan Davis is a great first step towards eliminating this tax burden.

James graduated with honors with a Bachelor’s degree in Business Management with a concentration in accounting, and has completed the California Board of Equalization’s training program. James currently specializes in California and multi-state sales and use tax matters including, but not limited to the hospitality, medical, high-tech, eCommerce, and automobile industries. James is the founder and manager of McClellan Davis’ vehicle, vessel and aircraft exemption program. Email James