Next week the California State Board of Equalization (BOE) will be considering changes to Regulation 1502 (Computers. Programs. and Data Processing), and Regulation 1507 (Technology Transfer Agreements), or TTAs.  The proposed changes relate to the TTA status of certain transfers of canned software on tangible media (tapes and discs) that also include the transfer of copyright and patent interests, which allow the transferee to reproduce or copy the software.

The pending changes are based on the California Supreme Court’s recent denial of BOE’s petition for review of the Court of Appeal’s opinion in Lucent Technologies. Inc. v. State Board of Equalization (2015) 241 Cal.App.4th 19 (Lucent).  The relevant facts in Lucent are essentially the same as the earlier case of Nortel Networks Inc. v. Board of Equalization (2011) 191 Cal.App.4th 1259.  In both cases Lucent andNortel held the copyright and patent interests in software transferred on tangible media, and the purchasing telephone companies copied and used the software for telephone communications.  The software transfers were determined to be TTAs, and in Lucent the court made it clear that the measure of tax for such transfers could be as little as the cost of the blank storage media. 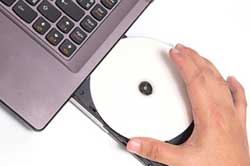 BOE’s Legal Department has determined that the rulings in both cases do not include off-the-shelf canned mass-marketed software sold directly to retail purchasers, or software which is embedded or preloaded into devices at the time of manufacture and before delivery to the consumer, such as computers, cars or coffeemakers.   In any event, BOE is currently processing refunds for software transfers involving TTAs, based on the Lucent and Nortel.

For more information on both cases and filing claims, you can visit the website of McClellan Davis LLC at: