As a result of a very recent change to a legal interpretation that dates back to 1961, viable yeast used in the production of wine is no longer considered to be subject to sales or use tax in California. The Board of Equalization has historically considered wine yeast to be taxable because it doesn’t all remain in the final product. Therefore, yeast was considered to be consumed by the wine producer in the production process. That interpretation, however, was inconsistent with rulings that considered beer yeast to be exempt, and it overlooked the fact that the presence of wine yeast during the fermentation process is instrumental in the final product. After recognizing the issue, the office of Ms. Diane L. Harkey, Board Member, 4th District, as the Business Taxes Committee Chair, took the necessary steps to have the interpretation examined and reconsidered. Under the revised interpretation, yeast used in the production of wine is now considered to be an exempt food product under Regulation 1602. 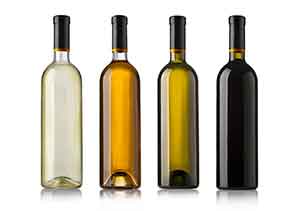 Wine Yeast is no longer taxable in California.

Impact on Producers, Distributors and Manufacturers:

Because this represents a change in the interpretation of existing law, the effect is retroactive. Therefore, refunds may be filed for past periods. To the extent sales tax applied to the purchase or sale of yeast, the refund typically must flow through the seller, and the tax must be returned to the end-user, wine producer, upon receipt of the refund. If use tax applied to the transaction, which may be the case if the products were shipped from a point outside of California directly to the end-user inside California, the claim for refund can be filed directly by the purchaser. (Regulation 1620.) The application of sales or use tax can vary depending on a number factors, including the terms of the underlying transactions. These nuances are important for at least two reasons. First, the Board will not typically inform you if you have incorrectly filed a claim for refund immediately, because it often takes a significant amount of time to review the details of the underlying claim. If you incorrectly file a claim for refund, the claim can be denied. That leads to the second important factor, the statute of limitations. The available periods are limited by the statute of limitations, which is generally three years, so it is important to correctly file a claim for refund at your earliest opportunity.

Note that the law does not allow a seller or purchaser of yeast to take a deduction on their current or future sales and use tax returns as a credit for overpaid tax. Further, it is not advisable for producers to take a credit against amounts payable to sellers of yeast, because the refund must come from the Board of Equalization.

Author Bio: Jesse W. McClellan, Esq. is a former California tax auditor and licensed attorney that specializes in sales and use tax matters. He is the managing partner of McClellan Davis, LLC, a firm that offers a full spectrum of sales and use tax services. McClellan Davis has teamed up with the office of Board Member Diane L. Harkey to help educate the wine industry on this change, and to file claims for refunds on behalf of producers, distributors and manufacturers. You may contact McClellan Davis at 855.995.6789 or visit salestaxhelp.com for additional information.

McClellan Davis has a staff with extensive California Department of Tax and Fee Administration (CDTFA), formally the Board of Equalization, experience. We routinely provide sales tax advice regarding anticipated transactions that may have tax consequences. We also represent taxpayers who need assistance appealing assessments, and filing claims for refund. We also offer managed audits and an initial free consultation to advise you of your options. You can set up an appointment by emailing us at taxhelp@salestaxhelp.com or calling toll free at 855 995-6789.