Technology Transfer Agreements, including Software. Is ALL Software Exempt in California?

UPDATE: On January 20, 2016, the California Supreme Court denied the Board of Equalization’s petition for review of Lucent.  Thus, the TTA issue regarding software has now been put to rest.

This article discusses how tax applies to technology transfer agreements (TTAs) in California, and recent developments regarding the TTA status of prewritten software programs resulting from Nortel Networks Inc. v. Board of Equalization (2011) 191 Cal.App.4th 1259 and Lucent Technologies, Inc. v. State Board of Equalization, Docket No. B257808. A TTA is defined as an “agreement under which a person who holds a patent or copyright interest assigns or licenses to another person the right to make and sell a product or to use a process that is subject to the patent or copyright interest.” (Rev. & Tax. Code, §§ 6011, subd. (c)(10)(D), 6012, subd. (c)(10)(D).) 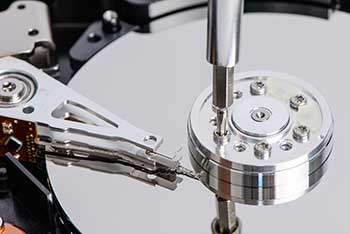 The regulation does not define what the term “use a process” actually means. Instead, it attempts to explain the term by using an example. The example involves the lease of a medical device (equipment), and the transfer of a separate patent interest in a process that is external to the equipment, which involves the use, application or manipulation of the equipment. The regulation goes on to say (in substance) that the separate patented process which is the subject of the TTA must be something which is not embedded into the internal design, assembly or operation of the equipment.

However, this explanation by example seems to cause more confusion than clarification, because the external process will still involve the use, application, or manipulation of the equipment. So what exactly does that mean? The regulation doesn’t tell you, and the example provided in the regulation has been the source of much confusion, conflicting interpretations, and litigation.

The regulation also requires a TTA to be in writing (e.g., invoice, purchaser order, contract, etc.), and it discusses how the sale or purchase price should be allocated to the intangible rights which include the assignment or licensing of a patent or copyright interest (which is not subject to tax), and the tangible personal property included in the transfer, which is subject to tax. Generally, if the TTA separately states a reasonable price for the tangible personal property included in the transfer, tax applies to that price. Where a reasonable price is not stated, various methods are used to determine what a reasonable price should be.

The issues which typically arise include: 1) whether a transfer includes a TTA or merely a sale of tangible personal property for its intended use; 2) if there is a TTA, how much should be allocated to the patent or copyright interests; and 3) what does “use a process” actually mean? Two cases from the California Court of Appeals, Second District, have invalidated a prior version of Regulation 1507, which specifically excluded software from the definition of a TTA.

The issues were first addressed in Nortel Networks Inc. v. Board of Equalization (2011) 191 Cal.App.4th 1259. Nortel involved sales to Pacific Bell Telephone Company (Pac Bell) of telephone switching equipment (switches), and prewritten software in which Nortel held the copyright and patent interests. The software was transferred on storage media, such as disks, magnetic tapes or cartridges. One type of software connected customers to operators and directory assistance. The other type of software (referred to as switch-specific programs or SSP’s) operated the switches, and enabled them to process telephone calls and related features, such as call waiting and voice mail. Each SSP software required about 400 hours of programming labor to produce (from applicable portions of basic code developed over a period of years), and each program was developed for a specific switch. The licensing agreements allowed Pac Bell to make and use (but not sell) copies of the software from the storage media, and load it into the operating memory of Pac Bell’s computer hardware.

The court agreed with Nortel that telephone communications would be considered a “product,” but also noted that even if Pac Bell did not make and sell a product, Nortel licensed the right to use patented “processes” within the meaning of the TTA statutes. The court noted the Board’s equipment example in Regulation 1507 (discussed above), and concluded that Nortel’s patented processes for making telephone calls were external to the equipment, because the SSP software was licensed, loaded onto the equipment, and the patented processes were used to create telephone calls and telephonic features.

The court further noted that when the Legislature enacted the TTA statutes, it was over the Board’s objections that the language covering licenses to “use a process” could be interpreted to mean the mere right to use a computer program. Accordingly, the court concluded that the Legislature rejected the Board’s concerns, and that the language in Regulation 1507 which excluded the transfer of prewritten software from the definition of a TTA, was invalid. The California Supreme Court refused the Board’s petition to review the case, and the Board revised Regulation 1507 to remove the language excluding prewritten software from the definition of a TTA.

On October 8, 2015, the California Court of Appeals, Second District, issued its decision in Lucent Technologies, Inc. v. State Board of Equalization, Docket No. B257808. The relevant facts in Lucent are essentially the same as in Nortel. Lucent made sales to telephone companies of telecommunications equipment, copyrighted/patented software on storage media that made the equipment work, and the telephone companies were given the right to copy the software into the equipment’s hard drive, and use it. The equipment (switches) were run by computers, and each computer was run by two types of software: 1) switch-specific, that was designed for a particular switch; and (2) generic software, designed for use on any switch. The Board made various arguments to support its position that the software transfers were taxable sales of tangible personal property, and not TTAs.

The court concluded that the Nortel decision was on point, and that Lucent’s transfers of the software (for copying and use) were TTAs. The court further noted that the transfer of software in physical form with a license to copy and use the software, does not transform the software into a sale of tangible personal property. (Microsoft Corp. v. Franchise Tax Board (2012) 212 Cal.App.4th 78, 92.) In other words, the court was apparently concluding that no portion of the sales price had to be allocated to tangible media, which contained the software.

It is not clear if the Nortel and Lucent decisions have put the TTA issue to rest, regarding the right to copy and use software. The Board believes that both decisions are wrong, because a TTA must involve the right to mass produce or sell downstream, a patented or copyrighted item. The Board could appeal the Lucent decision to the California Supreme Court (even though it previously refused to review Nortel), or attempt to push for legislative changes to the TTA statutes. We will continue to follow the TTA issue in future articles.

Regardless of what happens, if you believe that you have either paid, reported, or been assessed tax on what might be a TTA (including software), you should consider immediately filing a claim for refund. The statute of limitations for filing claims can vary from three years for self-reported tax, to as little as six months for tax paid on assessments by the Board. Thus, the longer you wait, the more it will reduce the refund amount you are entitled to.

The TTA statues are not limited to the transfer of computer software. They can apply to any transfer of a copyright or patent interest. You may want to consult with a sales and use tax expert.

McClellan Davis has a staff with extensive Board experience. We routinely provide sales tax advice regarding anticipated transactions that may have tax consequences. We also represent taxpayers who need assistance appealing assessments, and filing claims for refund. We also offer managed audits and an initial free consultation to advise you of your options. You can set up an appointment by emailing us at taxhelp@salestaxhelp.com or calling toll free at 855 995-6789. You can reach Mr. Khan directly at lkhan@salestaxhelp.com or call (916) 872-3078.