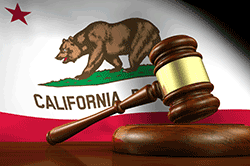 On February 10, 2016, Board Member Fiona Ma hosted a stakeholder panel discussion regarding proposed “track and trace” methods that the BOE will consider employing as it looks forward to complying with the MMRSA.  The focus of the meeting was to discuss tracking procedures and software currently employed in other states that already have legalized marijuana.  The purpose of the tracking systems is to follow the medical marijuana from “seed to sale,” which is to say from the initial cultivation of the plant all the way to the final retail sale.  The implementation of a tracking system will be a critical part of additional regulatory compliance measures that will soon be facing medical marijuana dispensaries.  Any tracking system that is put into place will also likely be the central enforcement tool that the BOE uses to administer the various taxes that are included in the MMRSA.  Because of the looming impact of the tracking system on the medical marijuana industry, the BOE’s upcoming decisions regarding the matter will be worth following.

For more information regarding the various “track and trace” systems that have been implemented in other states which were discussed at the stakeholder’s meeting, visit http://www.boe.ca.gov/ma/cannabis/